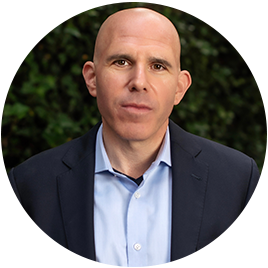 Scott Rechler is the Chief Executive Officer and Chairman of RXR, an innovative investor, developer and place-maker committed to applying a customer and community-centered approach to building properties, services, and products that create enduring value for all stakeholders.

RXR seeks to build and create stronger communities within its buildings and within the areas in which it operates. As Chairman and CEO, Scott believes that RXR’s success is inextricably linked to the health and vitality of the broader community.
From 2011 to 2016, Scott served on the Board of Commissioners as Vice Chairman for the Port Authority of New York and New Jersey. He later served on the Board of the New York Metropolitan Transportation Authority (MTA) from 2017 to 2019.
In November 2021, Scott was elected to the Board of Directors of the Federal Reserve Bank of New York to serve the remainder of an existing term. He was re-elected to a 3-year term at the end of December 2021.
In addition to his role at RXR, Scott currently serves as chair of the Regional Plan Association (RPA), trustee and Vice Chair of the National September 11 Memorial and Museum at the World Trade Center, member of the Real Estate Board of New York (REBNY), Chair of The Feinstein Institute for Medical Research and member of the Board of Trustees at Northwell Health, and a member of the NYU Real Estate Institute Advisory Committee. Scott also serves on the Board of the Tribeca Film Institute, where he serves as its Co-Chair, and he also serves on the Board of the Drum Major Institute, Convene, Kitchen United, and the Hospital for Special Surgery.
Scott is a graduate of Clark University and the New York University Schack Institute.