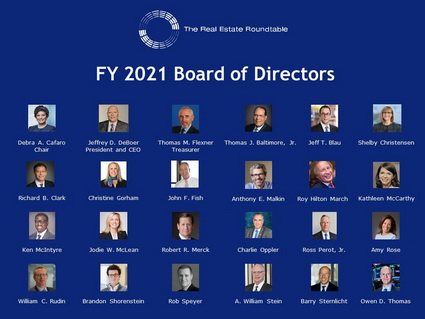 The Real Estate Roundtable’s membership has re-elected Debra A. Cafaro (Chairman and Chief Executive Officer, Ventas, Inc.) as Chair, while approving five new members for its Board of Directors who will serve during the organization’s 2021 fiscal year (July 1, 2020 – June 30, 2021).

Jeffrey DeBoer addresses how policymakers and the industry can move forward in the wake of the COVID-19 Pandemic in a July 10 CBRE podcast with Brian Stoffers, Chairman of the Mortgage Bankers Association and Global President of Debt & Structured Finance, CBRE.

The Roundtable has also released its FY2020 Annual Report – Leading Though Crisis.

The Roundtable’s Meeting Calendar for FY2021 is now available.  The next Fall Roundtable Meeting on September 22 is for Roundtable-level members only.  Registration forms for the remote meeting will be sent directly to members. 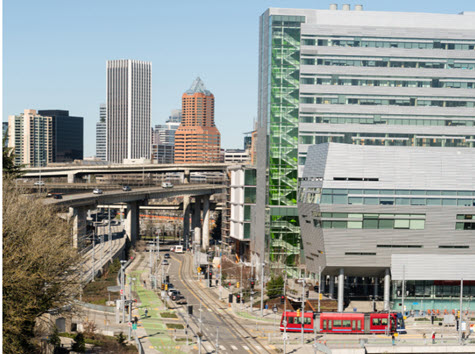 Back to Top
Flood Risk 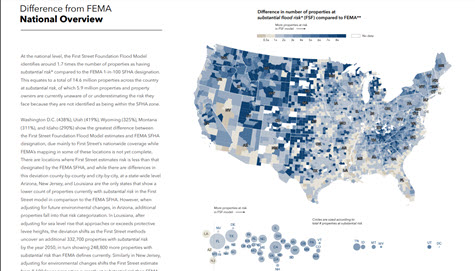