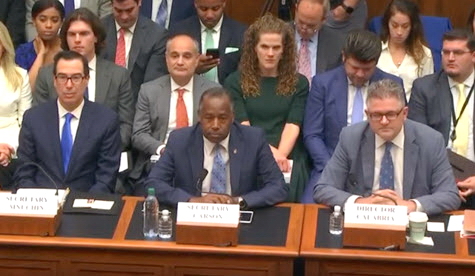 Regarding housing finance and GSE reform, The Roundtable and 27 industry organizations on March 1 submitted principles for reforming the GSEs.  The letter emphasized that compelling evidence must show the private market is capable of an expanded role before efforts are made to reduce the GSEs' current housing finance footprint. "Ultimately, we believe any reform, be it administrative or legislative, must seek to further two key objectives: 1) preserving what works in the current system, while 2) maintaining stability by avoiding unintended adverse consequences for borrowers, lenders, investors, or taxpayers."  (Roundtable Weekly, March 1)

GSE reform, housing affordability and recent state measures on rent control will be discussed during The Roundtable’s Fall Meeting on Oct. 30 in Washington.

Back to Top
Beneficial Ownership Rule - Capital and Credit

The U.S. House of Representatives on Oct. 22 passed the Corporate Transparency Act of 2019 (H.R. 2513), which would require corporations and limited liability companies (LLCs) to report their beneficial owners to the Treasury Department's Financial Crimes Enforcement Network (FinCEN).  The bill – introduced by Reps. Carolyn Maloney (D-NY) and Peter King (R-NY) – would shift the FinCEN reporting requirements from banks to the business community, requiring every business with fewer than 20 employees to register their beneficial owners with FinCEN.

The Roundtable plans to work with policymakers to stake out a balanced position on the beneficial ownership issue that would inhibit illicit money laundering activity, yet not place unnecessary costs and legal burdens on the real estate industry. 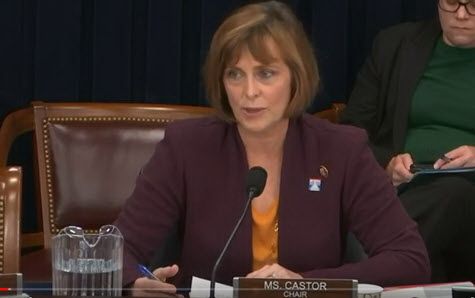 An Oct. 17 hearing before the House Select Committee on the Climate Crisis, “Solving the Climate Crisis: Cleaner, Stronger Buildings,” focused on reducing carbon pollution and improving resilience in residential and commercial buildings across the nation as a method of countering the effects of climate change.  (Hearing video and witness statements)

The Roundtable will provide comments to the House Select Committee on the Climate Crisis, summarizing our energy efficiency advocacy agenda.  The committee’s questions for stakeholders are posted at https://climatecrisis.house.gov/inforequest, with submissions due by November 22.