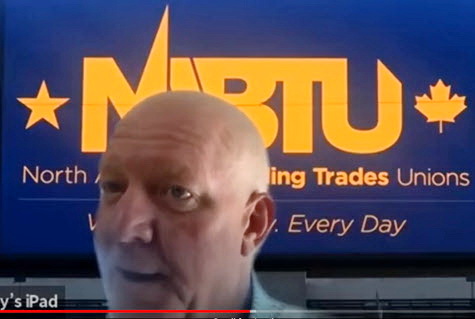 The remote discussion concluded on a positive note about exploring possible ways The Roundtable and NABTU could work together on mutually beneficial issues.