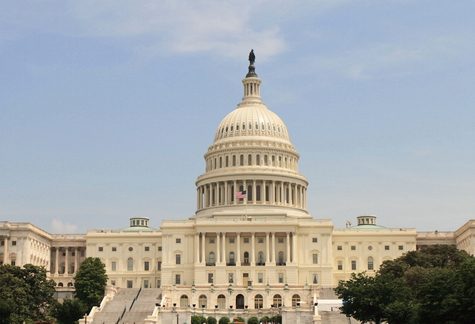 A bipartisan spending deal to fund the government before a Dec. 20 deadline has been agreed to in principle, with details and a vote expected next week, according to top congressional lawmakers.  During the year-end policy rush to attach other legislation to the must-pass spending bill, The Roundtable and a diverse business coalition on Dec. 11 urged Congress to extend the Terrorism Risk Insurance Act (TRIA) for 7 years by passing S. 2877.

As lawmakers work to assemble the final spending package to pass by Dec. 20, several other measures – including a seven-year TRIA reauthorization and tax extenders – may compete for inclusion in the final “omnibus” bill.

On Dec. 11, The Roundtable and a  diverse business coalition sent a letter to all members of the Senate urging action on the Terrorism Risk Insurance Program Reauthorization Act of 2019 (S. 2877) as soon as possible.  The Senate bill would extend TRIA for seven years, “allowing the program to continue providing vital economic protections against acts of terrorism that companies throughout the nation rely on,” according to the letter.

House Majority Leader Steny Hoyer (D-MD) said yesterday that a final omnibus containing the spending bill and other measures may be grouped into two packages and voted on Tuesday.  Congress is expected to adjourn for the holiday recess by Dec. 20.  (The Hill, Dec. 12)