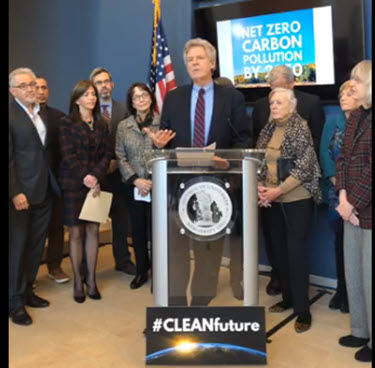 Democratic leaders on the House Energy and Commerce (E&C) Committee released a far-reaching bill on January 28, signaling their plans for climate legislation based on the outcome of next November’s elections.  The bill includes rigorous efficiency targets for building energy codes and a framework to drive the U.S. electric grid toward net-zero carbon emissions. [E&C press release]

In addition to the CLEAN Future Act, the House’s Select Committee on the Climate Crisis is expected to release its own principles for legislation by the end of March. [Roundtable Weekly, Nov. 22, 2019].

Prospects to advance the CLEAN Future Act through Congress this year are virtually zero, as the bill does not presently align with Republican priorities in the Senate.  Nonetheless, as Democrats are soliciting input on their climate framework, The Real Estate Roundtable’s Sustainability Policy Advisory Committee (SPAC) has convened a “task force” process to review the omnibus package and provide comments to the bill’s House majority sponsors.