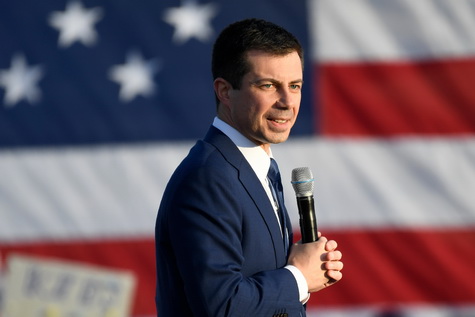 Secretary of Transportation -- Pete Buttigieg, photo above
The former mayor of South Bend, IN was approved by the Senate Commerce Committee on Jan. 27 and the full Senate has scheduled a vote on his nomination on Feb. 2. Buttigieg made urban development and economic revitalization cornerstones of his mayoral service. (Reuters, Jan. 27)

Administrator of the Environmental Protection Agency (EPA)-- Michael Regan
The Senate Committee on Environment and Public Works will hold a confirmation hearing on Biden’s nomination of Regan to be EPA administrator on Feb. 3. (Bloomberg Law, July 27)  He currently leads North Carolina’s Department of Environmental Quality, and if confirmed will have a major role on shaping the Biden Administration’s reponse to the climate crisis.

Secretary of Homeland Security – Alejandro Mayorkas
The Senate will vote on the nomination of Alejandro Mayorkas to lead DHS on Feb. 1, after he was approved by the chamber’s Homeland Security and Governmental Affairs Committee on Jan. 26.  A former Obama Administration official, if confirmed he will help shape the Biden Administration’s policies on matters such as immigration and cybersecurity. (The Hill, Jan. 28)

Secretary of Housing and Urban Development – Marcia Fudge
The Senate Banking Committee on Jan. 28 held a hearing on the nomination of Marcia Fudge to lead HUD.  Rep. Fudge (D-OH) is former chairwoman of the Congressional Black Caucus. During her nomination hearing, she told the committee that $25 billion in rental assistance approved by Congress at year-end was “not enough.” (NPR, Jan. 28)

A full listing of other cabinet nominees and senior roles in the Biden Administration is provided by The Wall Street Journal.