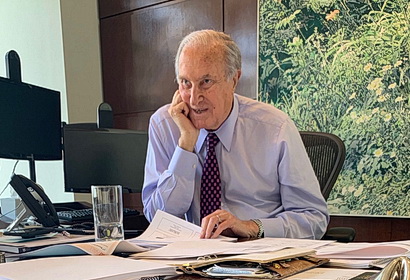 Benjamin V. Lambert – an industry icon who served as Chairman of Eastdil Secured and as former Chair of The National Realty Committee (predecessor of The Real Estate Roundtable) – passed away the weekend of Jan. 30. (Commercial Observer, Feb. 2 and TheRealDeal, Feb. 1)

Among his many affiliations beyond Eastdil, he served on the board of trustees for Brown University and the Silver Shield Foundation and was a Founder and Chairman of the Harlem Day Charter School.