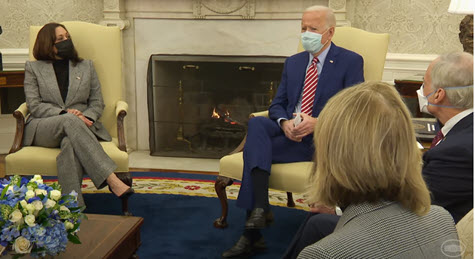 The critical need for investing in modern and sustainable infrastructure was the focus of a Feb. 11 White House meeting between President Joe Biden, Vice President Kamala Harris, Transportation Secretary Pete Buttigieg, and a bipartisan group of senators from the Environment and Public Works (EPW) Committee.

The Biden Administration is expected to reveal its infrastructure package soon as part of its “Build Back Better” agenda to spur economic recovery from the repercussions of the pandemic.