The U.S. Energy Information Administration (EIA) – the federal Energy Department’s data-gathering arm – periodically conducts the Commercial Building Energy Consumption Survey (CBECS).  CBECS is the only nationwide, random sample survey that estimates energy use across U.S. commercial building infrastructure.  CBECS also provides data on the characteristics of America’s C.R.E. stock such as the number, age, size, location and type of commercial buildings across the U.S., as well as common renovation projects.

The most currently available CBECS data set is from 2012.  EPA recently updated its ENERGY STAR scoring models and equations with reference to the 2012 CBECS.  EIA is now in the field gathering new data on U.S. buildings (pursuant to a questionnaire instrument finalized in 2018).  The present CBECS field collection of data will conclude in 2019.

In late 2020, EIA plans to release the next round of preliminary CBECS building characteristic estimates from data gathered this year.  At this juncture, the next vintage of CBECS data is not anticipated to have a market impact on EPA’s ENERGY STAR scores until the middle of the next decade. 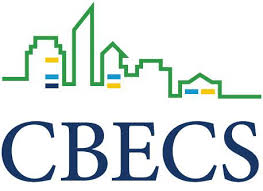 EIA must ensure that its 2019 random sample of building respondents – who complete the CBECS questionnaire – is large enough to fully and fairly represent the complexity and diversity of U.S. building classes, sizes, and types.  If certain buildings are under-represented in the CBECS sample, or if the sample of actual buildings providing data is too small, stakeholders will question the reliability of forthcoming EIA estimates designed to reflect the entire stock of America’s building infrastructure.

EPA and EIA should develop continuous and transparent protocols for inter-agency coordination on their varying data gathering efforts.  Buildings sampled by EIA to provide data through the CBECS questionnaire also provide identical information separately to EPA through Portfolio Manager accounts.  Where the same buildings provide identical bits of information through different means to EIA on the one hand – and then to EPA on the other – the agencies are responsible to ensure consistency and resolve discrepancies regarding their respective, independently captured data.

The Real Estate Roundtable strongly supports the Energy Savings and Industrial Competitiveness Act (S. 2317) [See “Portman-Shaheen”] because of its key provisions to drive optimal coordination between EIA and EPA, with Congressional oversight.  Section 103 of the bill directs the head of each agency to enter into a formal “information sharing agreement” to better synchronize their respective programs.

According to 2012 CBECS data, there are 5.6 million commercial buildings in the U.S.  EIA arrived at this figure by estimating from a statistical sample of actual data gathered from only 6,700 buildings.  CBECS’s own data reports that individual commercial buildings are getting larger compared to those constructed in the last century.  While buildings are getting larger, they are also becoming much more energy efficient.  It is imperative that EIA significantly increase the number of large offices and other buildings in its 2019 sampling frame, if only to reflect trends towards larger sized, more efficient individual buildings.

Yet, the 2012 CBECS vastly under-included sizeable office buildings in the effort to gather nationwide building energy usage data.  For example, only three (3) office buildings one million ft2 or larger were included in the 2012 CBECS sample frame.  By contrast, EPA’s Portfolio Manager data set has energy usage information on over 700 office buildings ≥ one million ft2.  EIA should confirm the validity of forthcoming CBECS estimates, derived from its limited sample frame, against the much larger repository of like-kind building energy data already in EPA’s possession and sitting in Portfolio Manager.