The ability to borrow without a tax penalty is critical to the health and stability of real estate markets. Whether to maintain the full deductibility of business interest was a central issue in the 2017 tax reform debate.  The Tax Cuts and Jobs Act includes new limitations on the deductibility of business interest but allows a real property trade or business to elect out of the new regime.  Congress delegated Treasury to draft important rules related to this real estate exception. 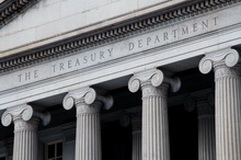 As the tax reform debate continued, The Roundtable worked to raise awareness of how potential changes to the business interest deduction would affect real estate markets and values, as well as entrepreneurs, small businesses, and the economy generally.

Access to financing and credit is critical to the health of U.S. real estate and the overall economy. The ability to finance productive investment and entrepreneurial activity with borrowed capital has driven economic growth and job creation in the United States for generations.  America’s capital markets are the deepest in the world and provide our economy with a valuable competitive advantage.

In testimony to the Senate Finance Committee, Roundtable President and CEO Jeffrey DeBoer suggested that restrictions on interest deductibility would cause enormous damage to U.S. commercial real estate by dragging down property values and discouraging new investment.

Taxpayers would shelve new projects otherwise economically feasible, along with the jobs and productive assets they would create. Lenders would not approve many real estate refinancing transactions. Applied retroactively to existing real estate debt, changes in the business interest deduction could have dramatic, severe, and unintended consequences for real estate markets and values—not unlike the overreaching changes in the Tax Reform Act of 1986 that led to widespread real estate defaults.

Other factors specific to real estate debt further mitigated the general policy concerns with the deductibility of borrowing costs. For example, real estate debt is related to a long-lived asset, which reduces economic risk. In addition, real estate is held predominantly in pass-through form, which reduces the tax distortion between equity-financed and debt-financed investment—a principal concern of lawmakers.

The final Tax Cuts and Jobs Act disallows the deductibility of interest to the extent that net interest expense exceeds 30% of EBITDA (EBIT beginning in 2022).  However, a real property trade or business can continue to deduct net interest expense.  Taxpayers must elect out of the new interest disallowance regime.

In a letter to Treasury Secretary Steven Mnuchin, in February 2018, DeBoer wrote: “In light of the clear legislative intent to enact a broad real estate exception and its importance to the health and stability of real estate markets, the final Treasury regulations should build on the proposed rules and not limit unnecessarily the ability of a real property trade or business (RPTOB) to elect out of the provisions of section 163(j)."

In December 2018, Treasury published favorable proposed regulations clarifying that partner-level debt may qualify for the real estate exception-if the debt is allocable to a partnership engaged in a real property trade or business.

In March 2019, The Roundtable again wrote Treasury [link] urging several clarifications in the final regulations, including the following recommendations: